Shabab AlAhli Dubai and Al Wasl.. The ambition and return of morale

Shabab AlAhli Dubai and Al Wasl .. The ambition and return of morale Al Wasl will be a guest of Shabab AlAhli Dubai today on Rashid Stadium at 7:20 pm for the last 22nd round of the Arabian Gulf League of football where it’s enough Al Wasl the owner of the Third place with 38 points to draw in that match, ensure the third place. With The difference of the direct confrontations of AL Nasr Team if he won Emirates team in

Shabab al Ahli dubai successfully managed to maintain fifth place in the rankings, and increase the gap between him and Sharjah by 5 points before his match against Al-Jazeera today after his winning over Al-Dhafra 2-1,At Hamdan Bin Zayed Stadium in Dhafra in  Arabian Gulf League. Shabab al Ahli dubai have played a strong match despite the many absences in the team which reached 10 players, The first half was quiet, The rush to end the attacks correctly, while the attempts

Shabab AlAhli is crowned with the Cubs League Shield of U14

Shabab AlAhli is crowned with the Cubs League Shield of U13 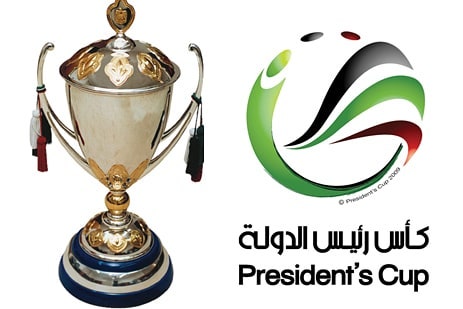 Shabab Alahli team surpasses Sharjah and completes «gold box» Shabab Alahli Dubai was qualified for the semi-finals of President Cup, following their exciting win over Sharjah (1-0) yesterday at the match held at the Rashid Bin Saeed Stadium at Ajman Club. Croatian striker Eric Ante scored the only goal of Shabab Alahli in the 81st minute to complete the ninth title and score the record which he currently shares with the Sharjah team. Shabab Alahli played with a defensive planning & know how to Win that they

Shabab Alahli Dubai cycling team is running against the clock for the U.A.E. Champions League

Shabab Alahli Dubai cycling team is running against the clock for the UAE Champions League Shabab Alahli cycling team with the stars Majid Al Balushi, Nasser Saif Al Maamari, Sultan Al Nubi and Walid Al Naqbi, won the UAE Championship for adults after winning the first place by achieving the best time of one hour, 26 minutes and 24 seconds in the championship race organized by the Cycling Federation Nizwa in Sharjah for 60 km distance.