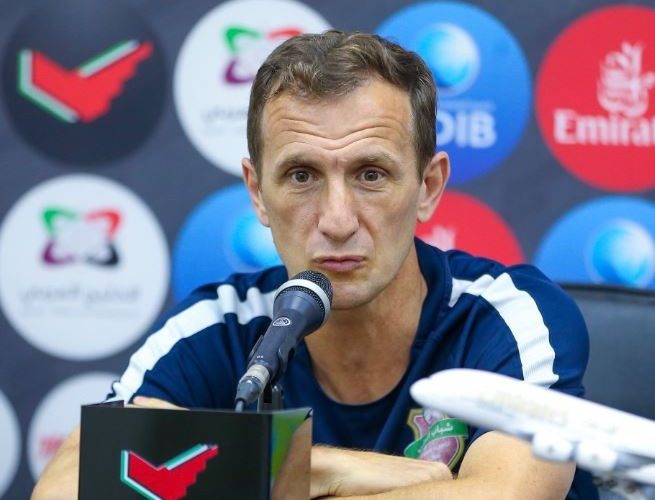 Speaking at the pre-match press conference, Shabab Alahli head coach Rodolfo Arruabarrena confirmed that his team is ready for the next game against Al Fujairah in the matchweek 26 of the Arabian Gulf League on Saturday at Shabab Alahli Stadium in Al Awir.

Rodolfo explained that Shabab Alahli had secured the second spot in the table, but will do their best to win the last match in the league, calling upon his players to concentrate more and try to give their best.

The coach expected tough match since Fujairah needs the three  points to escape from relegation, and in such cases the opponent usually  fight hard to win, hoping that the team can finish the league registering new victory.

Regarding the squad for the match he said: “I always choose the best players for each match, I will see who are the players available and select my starting list”.

“I think it was a successful season, we won two titles that are very important for our fans. In the league, despite the difficult start, we came back to finish in the second spot”.  He added.

From his side Shabab Alahli player Adel Wijdan who accompanied the coach in the press conference said: “the next game will be against a strong team, and we have to be more serious in order to continue winning. He added: “This season I had some chances to play with the team, and I hope to participate more in the next season”.