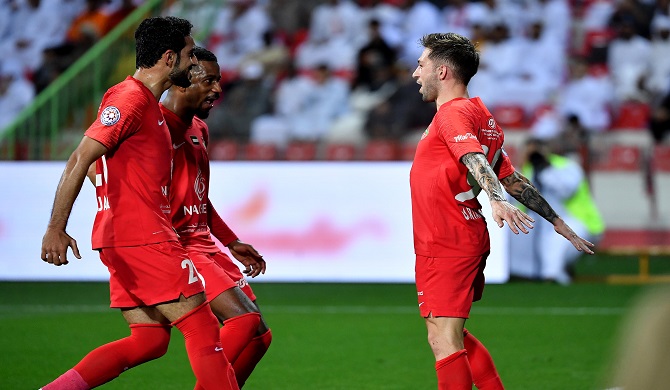 Shabab Al Ahli defeated Sharjah 3-2 in the matchweek 13 of the Arabian Gulf League at Rashid Stadium on Friday.

The winner ended the first half of the league on the top, and extended their lead, with 32 points, while Sharjah became second with 26 points.

Federico Cartabia opened the score for the home side just before the end of the first half from a free kick, while Ryan Mendes equalized for Sharjah in the 52nd minute.

Ryan Mendes doubled the score for his team, after receiving long pass from Ricardo Gomes in the 63rd minute.

Shabab Al Ahli came back in the last ten minutes and scored two goal from penalty spot through Ahmed Khalil to finish the match 3-2.

In the second half the head coach made three changes as follow: Lovanour, Eid Khamis and Hassan Ibrahim were replaced by Ahmed Khalil, Davide Mariane and Ismail Alhammadi.