Gerard Zaragosa Shabab Alahli head coach held the prematch press conference heading to matchweek 2 of the Arabian Gulf League against Alain on Friday accompanied by Fedreco Cartabia. The coach stated that it is an important match between two big and strong teams, know each other well, since both teams played official matches in AFC Champions league and won the first match in the local league. He added that coaches and players like to play and participate in this kind of

Shabab Alahli basketball team achieved Ittihad Cup, after defeating Al-Nasr in the final 90-88. The winners were crowned with the cup and gold medals, in the presence of HE Major General Ismail Al-Gergawi, President of the Arab and UAE Basketball Federation, accompanied by Assistant Secretary General of the General Authority for Sports Khalid Al-Midfa, Acting Secretary General of the National Olympic Committee, Talal Al-Shanqeeti, and Major General Mohammed Ahmed Al-Marri the chairman of the board of directors of Sports  Games Sector in Shabab Alahli club. The achievement is the

Educational lecture for under 12 team

Dr. Musa Abbas, the director of Shabab Alahli Club Academy presented an educational lecture for under 12 team entitled (the concept of professionalism). In the lecture, Dr. Moussa Abbas explained the concept of professionalism, emphasizing the importance of commitment to good morals, and UAE society traditions. The lecturer called on the players to maintain the prayers, respect their parents, colleagues in the club and the school, as well as following the instructions of the administrators and coaches in and out of the pitch.

Shabab Alahli jujitsu junior teams achieved 39 medals in the Tolerance Tournament under 18, that held in Alain from 25 to 28 September, with the participation of 88 teams from different 35 countries. The 39 medals are 20 gold medals, 13 solver and 6 bronze.

Shabab Alahli junior teams achieved good results last week in different categories. Shabab Alahli Under 19 team trashed Alzaid 7-0, goals scored by Alvaro and Mohamed Essa 2 goals for each, and one goal for Hareb Abdullah, Bader Nasser and Sultan Ali. Under 17 team drew with Al Wasl 2-2, while the under-16 team achieved a big victory over Ajman 0/4. in the junior league under-15 team defeated Bani Yas 3-0, and under-14 team won Alnasr 5-3, under 13 won Khorfakkan 3-2, and 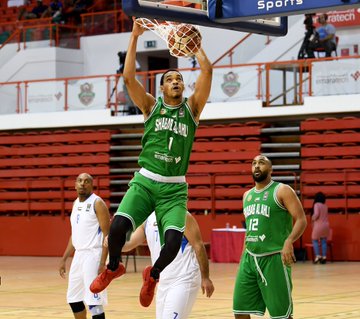 Shabab Alahli basketball team will face Alnasr on Monday at Alwahda hall in Abu Dhabi, in the last match of the preliminary round of Ittihad basketball cup. The two teams are already qualified to the quarter final, while the winner will top group A.