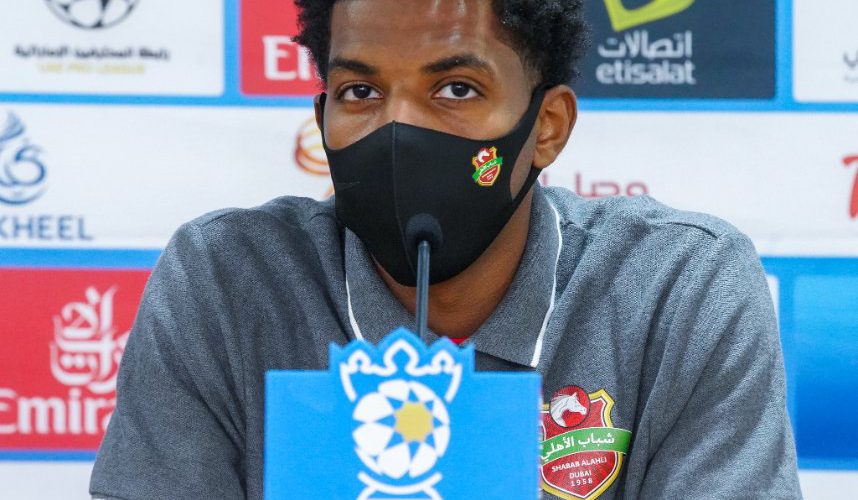 “first of all we want to apologize to our supporters, because in our last game we have the points in our hands, we did well and took the lead in the first half, but finally didn’t get the three points as supporters are expecting” said Gerard Zaragosa the head coach of Shabab Alahli held the prematch press conference heading to the next match against Aldhafra in the matchweek 2 of the Arabian Gulf Cup on Friday at Hamdan Bin Zayed Stadium.

The coach explained that they are working hard as a family to improve the performance, and trying to correct the mistakes, to be better, adding that team’s mission is to make the supporters proud in short time.

Gerard described Aldhafra as strong team, especiallyin defense and had great goalkeeper, pointing out in their last match Alain scored in the last minutes, and also they took one point in the first match in Rashid stadium, the coach disclosed that some of the injured players will recover and the team will be better.

Commenting on the absence of the national team players  he said: “always to play without key players is not easy, any team in the world will have problem in this case but all our players are fighting to win, we are always playing offensively we scored in all game, during the 90 minutes we will score but we have to keep clean sheet”.

On the other side our Eid Khamis who accompanied the coach in the press conference said: “we will face Aldhafra at their ground and we that it will not be easy match for us, we are looking forward to win the match and qualify to the next stage in this important competition”.