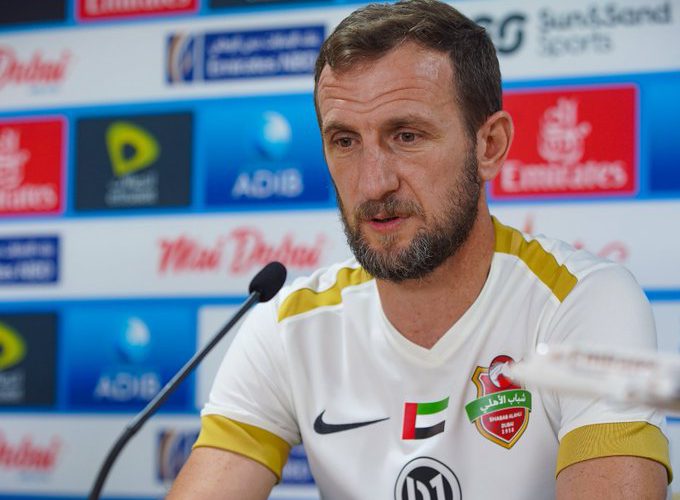 Shabab Alahli head coach Rodolfo Arruebarrena held the pre-match press conference heading to matchweek 5 of the Arabian Gulf Cup, against Kalba on Friday at Ittihad Kalba Stadium, he was accompanied by our rising star Saud Abdelrazag.

Arruebarrena stated that opponent is one of the strong teams having good and experienced players, promising to strive to get the three points, the coach admitted that the team needs to return to the winning ways in this competition after loosing in the last match against Al Dhafra.

Rodolfo disclosed that the team will miss some of the key players who are on the national duty with the first and Olympic national teams, pointing out that the young players will have their chance to play and attain more confidence.

The coach talked about Under 21 top scorer Leandro Spadacio, “he is a good player, am following him, he is now training with the first team, he needs to work hard and sure will get the chance to play with the first team” said Rodolfo.

Saud Abdelrazag who accompanied the coach at the press conference said: “we prepared our self well in the last day, the match will not be easy for the both teams, will do our best to win and secure the three points”.